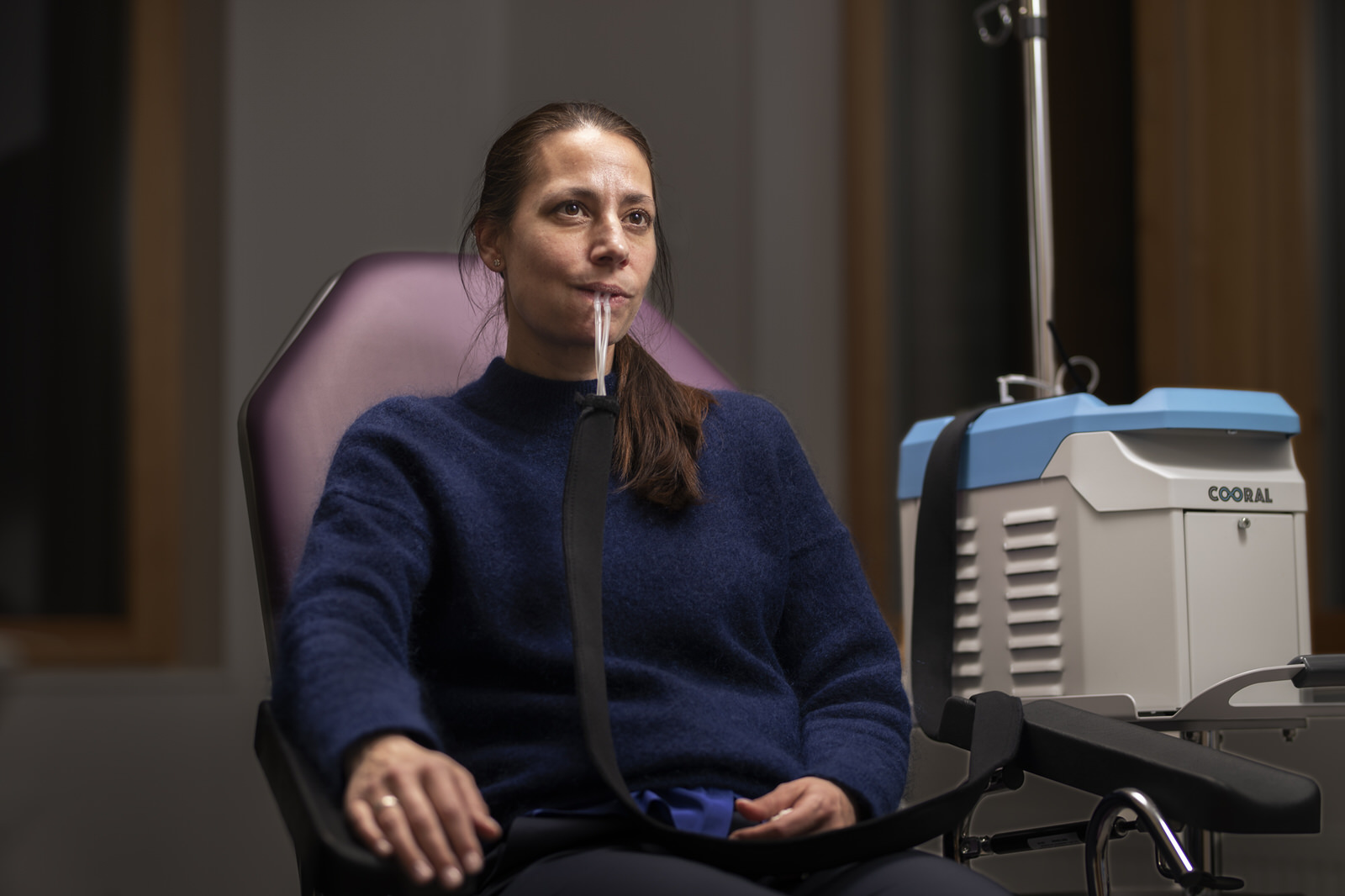 Another study showed oral cryotherapy administered to patients shortly before, during, and shortly after infusion of 5-FU with leucovorin to have significantly reduced oral mucositis at 7 and 14 days.

The evidence against ice chips is clear

There are several good reasons for the use of oral cryotherapy for reducing oral mucositis in cancer patients. This includes high incidence without preventive measures, few alternative methods, severe consequences of established oral mucositis, limited efficacy of therapeutic interventions, low costs of ice chips and good scientific evidence for efficacy of oral cryotherapy for reducing the risk.

Another reason for reluctance to use ice chips in clinical practice is the need to guarantee the water used for ice chips is free of microorganisms. Oral mucositis predisposes for septicemia, bacteremia, and fungemia in the presence of neutropenia. Due to these conditions, it is reasonable to ensure no new microorganisms enter the intraoral flora.

No safety concerns with oral cryotherapy

Theoretically, there is a possible risk that cooling the oral mucosa can protect malignant cells in the mucosa from the effect of cytostatic treatment, and thereby increase the risk of relapse and reduce survival.

The results of a study sponsored by BrainCool were presented at the European Society for Medical Oncology (ESMO) Virtual Congress in 2020. Data was collected from a Nordic multi-center pivotal trial led by Karolinska University Hospital, Stockholm. This study enrolled 182 patients with multiple myeloma or lymphoma who were scheduled to receive high-dose chemotherapy prior to hematopoietic stem cell transplantation.

Results from the randomized trial proved that the Cooral® System was as effective as ice chips in terms of cryo reduction, with severe oral mucositis occurring in fewer than 10% of the cases tested. The use of the Cooral® System showed vastly improved reduction of oral mucositis in patients with lymphoma, and was significantly more effective when compared to the conventional method using IC [Oral Mucositis Assessment Scale (OMAS) mean total 1.77 vs 3.08;  p = 0.047].

This finding is particularly notable, because lymphoma patients are treated with longer courses of chemotherapy, making severe oral mucositis a life-threatening inevitability.

Regarding patient reported tolerability, both diagnostic groups (myeloma and lymphoma) showed a statistically significant higher degree of tolerability when Cooral was used as compared to IC [p = 0.020].

The efficacy of counteracting oral mucositis by using Cooral as well as Cooral’s safety has been proven and benchmarked compared to the only other available solution – ice chips. We can now safely say that we have developed a technology that can reduce the risk of oral mucositis, allowing patients to continue their treatment.

Get started with your treatment